After years of writing RPG scenarios and monster material for others and making kudzupunk gaming zines, I've finally written my own small story game. Snake People: A Game of Anticipatory Grief is now Kickstarting as part of ZineQuest 2 through February 26th. 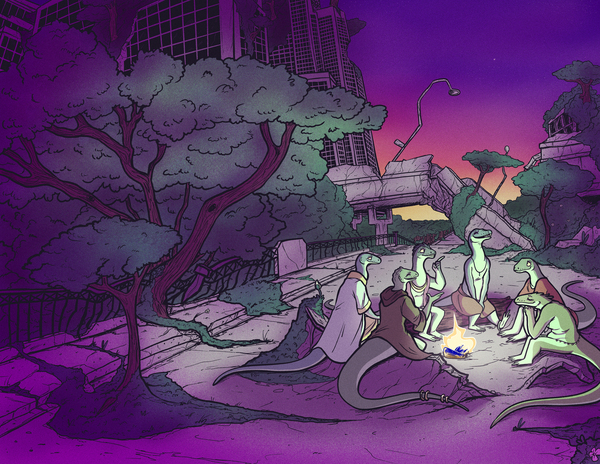 I developed the game in response to a collision of world and life events last spring. In March 2019, my father died. I experienced my own personal apocalypse of losing my second parent and the realities of being an orphan (albeit in my 30s, not my childhood). Police in the town where I lived killed a young autistic black man whose parents had been concerned about his safety. We marked the one-year anniversary of “March for Our Lives.” The students in our local high schools and around the world walked out in the first of many climate strikes.

Later that spring, I spent a weekend in Kentucky with two dear friends, where we found ourselves talking about climate change and apocalypse.1 In recording a podcast episode that will likely never be heard, we reflected on how many dominating cultural ideas of apocalypse ignore the many ways in which colonized and dominated communities have lived through and continue to live through their own apocalypses. There are slow apocalypses. There is the day after the apocalypse. There is resistance to apocalypse.

We can see this right now in the Wet'suwet'en resistance to the threat of apocalypse in the form of a pipeline which violates their sovereignty and endangers land, animals, water, and people. It can be seen in the lead-poisoned waters of Flint; in the ways in which ICE actions force our neighbors to change how they live; in the irremediable damage suffered by children who experience lead-poisoning, over-policing, family separation, and fear of climate change.

Loss, Grief, and Apocalypse in Gaming

How to transition from these life-changing and life-ending realities into something like gaming? I wrote from my very real experiences of fear and grief as I considered moments which have shaped my own life, from things like the loss of my parents to Columbine, 9/11, the bombing of Baghdad… the Great Recession, the hope of nuclear disarmament and Gitmo closing only to see an increased drone war under Obama…

I experienced my own body aging as I thought about my parents’ bodies decaying in their grave. I experienced living each day after they were gone with the knowledge I'd never see them again and yet I still lived. The day after the funeral, I still had a future, even if it was a different one. As I saw the next generation take up fights of my youth, I truly began to realize that my own generation are now part of the adults, responsible for what comes next.

My parents’ deaths made me wonder how I would be remembered, how I wanted to live my own life. What I could do to stand up for black lives, against gun culture, for a world in which the life of the planet and community is more important than rampant profit… while knowing it is not possible or required for me to save the world.

But Really, Talking About Gaming

My goal in writing Snake People was to provide a way to tangle with and reflect on hard stuff. By putting the scales of Snake People2, players engage with cataclysm, memory, and mortality in a different way. This is what story does.

This is why N.K. Jemisin's Broken Earth trilogy shatters its readers. Not because we live in that world, but because the thoughts, feelings, and relationships she writes speak to our experiences of our own world.3

What happens on the day after the apocalypse? When all your plans go up in smoke, what do you want for your future? How do you make sense of your past? Create and dream a world together. Imagine your legacy and what comes for the generations that follow. Snake People is one way you can explore these questions.

To quote one of my playtesters, Rachel M. Fleming:

If you enjoy making things up and talking about heavy shit in a fun way with your friends, THIS HERE is for you. It's amazing because the game isn't just about “what are you gonna do,” it's also fundamentally about “what are you like” and how that influences what you're gonna do.

Some things that this game is really good at: 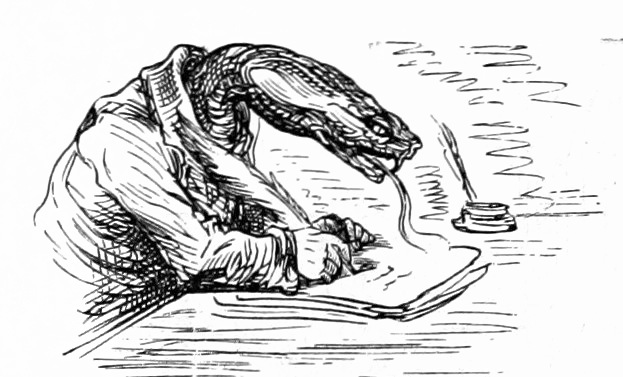